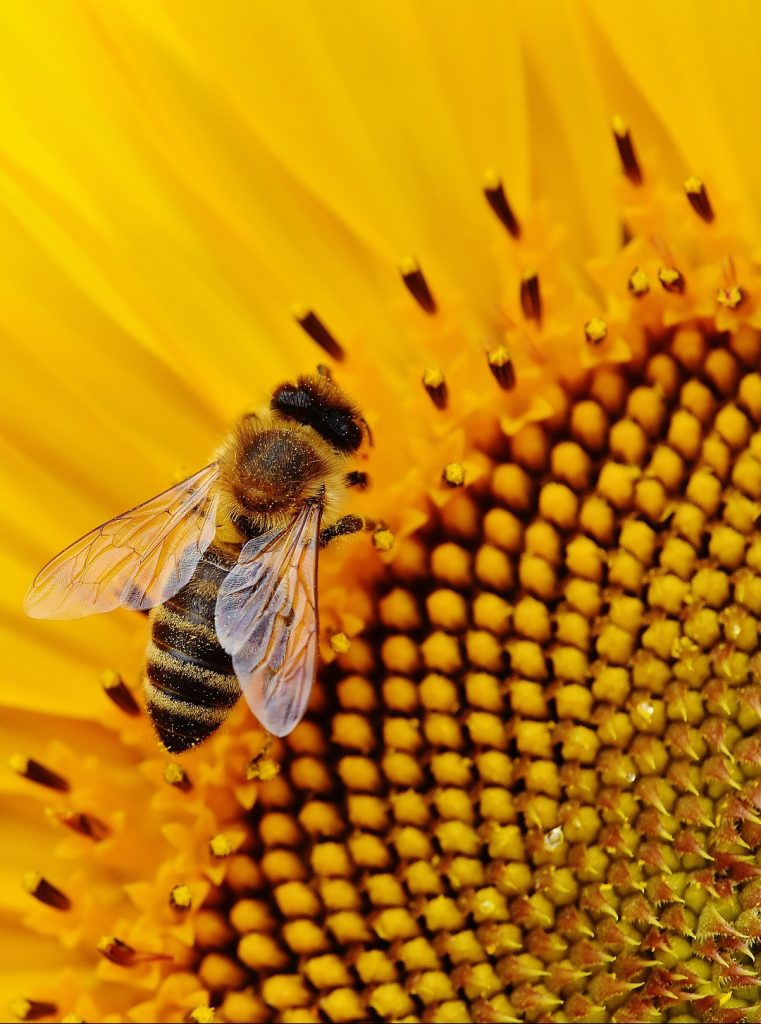 The world’s population is projected to grow to nearly 10 billion by 2050, according to the UN. Agrochemicals help to achieve the quantity of crops needed to support that population. But of course agrochemicals are always under scrutiny. There are few more fraught questions in the world of agrochemicals at the moment than whether the use of neonicotinoid insecticides should be restricted or banned because of their possible negative effect on bee colonies. During an excellent short conference “Are Neonicotinoids Killing Bees” held by the SCI recently I was struck by the role that evidence has to play in regulatory decisions as well as by that good old favourite, the “law of unintended consequences”.

It’s a complex subject, so I’ll try to keep it brief. Bees, whether domestic honey bees or wild bumblebees, are vital pollinators without which we would be very short of food. Colonies of bees collapse every now and again, there are multiple reasons for this. Anyway, effectively, the EU has placed a temporary ban on the use of neonicotinoids, applying the precautionary principle. Whether or not this is justified is not really the subject of this piece. For what it’s worth, on the basis of the evidence very thoroughly presented at the conference, the situation seem to be that:

– in much higher doses than those seen in the field, neonicotinoids can kill bees (well, they are insecticides, so no surprise here);
– in the lab at lower “field” doses they do not kill, but they may affect the behaviour of individual bees;
– under realistic field trial conditions they do not appear to have any effect on bee colonies;
– residues are barely measurable under field conditions.

Anyway, a fairly familiar story for chemicals, what’s interesting is what has happened in approximately two years since the ban. At the SCI conference, agronomist and entomologist Dr Alan Dewar explained he has studied insecticide use on the oilseed rape crop in eastern England since the ban. The unintended consequences have been that more insecticide has had to be used, the incidence of pyrethroid-resistant pests has increased and therefore the area and volume of useful crop has decreased significantly. Not only is this a loss to farmers’ income but honey bees depend on oilseed rape to thrive – so ironically the ban could increase pesticide use, increase pest populations and probably serve to reduce the bee population. Be careful what you wish for!

In a pessimistic frame of mind, I thought back to the Informa Agrow Forum I had attended on the previous day, to maybe find a glimmer of hope. Maybe not hope just yet, but some opportunities for sure. It was clear from the Forum discussion that huge opportunities are emerging for precision and “smart” agriculture, combining sensors, “big data” gathering, and precision robotic application of pesticides. So pesticides would be applied only exactly where and when you wanted them, minimising the environmental impact and reducing dramatically the quantities of pesticides used. It is also clear that responsible use of pesticides within integrated pest management (IPM) programmes (which ensure the maintenance of habitat, crop rotation and pesticide strategies to minimise resistance) also has a great deal of exciting potential.

At the moment our regulations are pretty crude, they look at things in isolation and conclude “good pesticide/bad pesticide” or “ban/no-ban”. Is there a chance that a new generation of “smart” regulation, which looks at the whole picture, could evolve to steer us towards this more appealing future? A smart regulatory system would approve a product for use provided that it was used as part of specified practices (e.g. precision agriculture and IPM), with monitoring and corrective actions all playing a part. It’ll be challenging to achieve but whether we are industrialist, consumer, environmental campaigner or politician, I suspect we all want the same outcomes: A healthy, well-nourished and prosperous population, thriving industries, together with a high level of biodiversity and sustainable agricultural practices with low environmental impact. That’s my glimmer of hope.

At iFormulate we mainly concentrate on product formulation and technology challenges, whether in agrochemicals or other chemical-using industries. However we know it’s important for us to understand the bigger picture as well. If you think we might be able to help you then contact us on info@iformulate.biz or take a look at our website www.iformulate.biz.

Thank you to the SCI and Informa Agribusiness Intelligence for hosting these two events.