With Dietmar Lerche of LUM GmbH

Devices based on quantum dots and smart nanoparticles are currently getting a lot of attention. For instan

ce, the colours, contrast and brightness of displays based on quantum dots provide benefits for users of TVs and phones. In addition, such particles can create value when incorporated into novel materials. So, smart particles can be designed to respond to light or magnetic fields, or can be used as carriers to deliver medicines in a targeted manner.

Numerous methods have been developed to design nanoparticles and new particles are appearing all the time. However it’s especially important to ensure that the particles produced are stable in their intended use. Unfortunately it’s not always obvious how the particles are going to interact with the other materials such as polymers, dispersants or solvents which form part of the product formulation.

Dietmar Lerche of LUM GmBH is a speaker at the HSP50 conference in April 2017. He takes up the story:

“In order to tackle the challenges of compatibility and stability of particles, we took a look at the 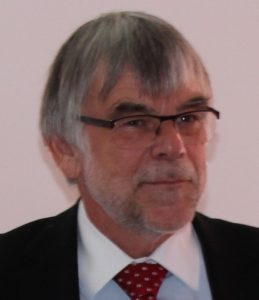 approach developed by Charles Hansen fifty years ago. Put simply, Hansen’s approach turns the chemist’s well-known rule of thumb, “like dissolves like” into a quantitative and predictive system that allows solvents and solutes to be matched to each other. We had seen that nanoparticles (or in effect their surfaces) could also be assigned their own set of Hansen Solubility Parameters (HSP). Then the stability of particles (estimated by sedimentation velocity) could be predicted by looking at the extent of compatibility with the solvent medium, as described by the HSP of that medium. In other words “like is compatible with like”.

However, observing sedimentation with the naked eye is a tedious process, because under normal gravity it can be very slow and can take weeks to obtain a ranking of sedimentation velocity. So when I read an article about the characterisation of carbon black by HSP, something clicked. Why not combine our STEP-Technology® with multi-sample analytical photocentrifugation? This system effectively uses centrifugation to accelerate the sedimentation process. Furthermore because our LUMiSizer® has a multi-sample capability, twelve different solvents can be tested at the same time and a full set of 48 test solvents, as originally proposed by Charles Hansen, can be compared in about a half day.

We started by looking at industrial pigment particles in our application lab and we devised a classification scheme for the relative sedimentation time of the particles in different solvents, which took into account the density and viscosity of the solvents. Once we had entered the sedimentation scores into the HSPiP software we obtained some promising HSP values for the particles. [D.Lerche, S. Horvath, T. Sobisch, Efficient instrument based determination of the Hansen Solubility Parameters for talc-based pigment particles by multisample analytical centrifugation: Zero to One Scoring Dispersion Letters  6, 2015, 5]

Following the award of an R&D grant from the German Ministry of Economics and Energy, we began some work with the Institute of Particle Technology at the Friedrich-Alexander-Universität Erlangen-Nürnberg (FAU) in Germany (headed by Prof. W. Peukert). This allowed us to access the necessary nanoparticle know-how and technology so we could look at carbon black more closely as well as fine tune the sedimentation scoring scheme. We found that we could reproducibly determine the HSP of the particles (independently in Erlangen and in Berlin) as well as differentiate between different industrial grades of carbon black. We were also able to show that the dispersing process influences the carbon black particle surface and that this can be quantified experimentally by using HSP.

Then we took a look at quantum dots made from zinc oxide (ZnO) particles with a mean size of just a few nanometres. Particles such as these have potential to be applied in new optoelectronic devices, in sensors or as UV-blockers. A knowledge of how particles interact in different solvents is essential when optimising the conditions in specific applications.

Based on the dispersion process and measurement procedures we derived, again by using analytical centrifugation with the LUMiSizer®, for the first time HSP values for synthesised ZnO nanoparticles. In addition, the function and surface properties of ZnO particles can be tailored by the adsorption of different organic ligands at the particle surface. Thus, we modified the surface chemistry of ZnO quantum dots in this way and found that the polar ligands are made an increased polar contribution to the HSP values measured.

Because HSP values are very sensitive to the different ligands bound at the surface, HSP determination is a highly effective method to quantify the surface properties of colloidal particles. Thus an approach using HSP data can be used to help custom-build specific functionalities of nanoparticles and nanomaterials.

We are looking forward to participating actively in the HSP50 conference and hope to learn more about the developing science of Hansen Solubility Parameters as well as about growing applications all over the world.”