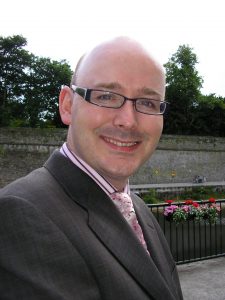 After graduating with a PhD in chemistry from Trinity College Dublin Paul joined AstraZeneca as a process chemist and spent 12 years there developing his skills. His work spanned early stage chemistry with an aspect of scale up of medicinal chemistry processes, later stage development and life cycle management with the application of DoE throughout.

Paul is currently a visiting industrial fellow at the University of Bath, has been a member of the RSC applied catalysis group committee since 2007, including as chairman from Feb 2012 – Feb 2014, and has 18 publications and 9 patents to date.

The presentation will contain an introduction to DoE, giving an overview of the benefits over traditional methods. The different design types will be briefly discussed with their advantages and limitations. The use of appropriate designs for different applications and stages of development will be covered including mixture designs for formulation. The importance of factor selection and the selection of appropriate responses will be discussed.